In December 2003, after one of the largest, most aggressive manhunts in history, US military forces captured Iraqi president Saddam Hussein near his hometown of Tikrit. Beset by body-double rumours and false alarms during a nine-month search, the Bush administration needed positive identification of the prisoner before it could make the announcement that would rocket around the world.

At the time, John Nixon was a senior CIA leadership analyst who had spent years studying the Iraqi dictator. Called upon to make the official ID, Nixon looked for tell-tale scars and tribal tattoos and asked Hussein a list of questions only he could answer. The man was indeed Saddam Hussein, but as Nixon learned in the ensuing weeks, both he and America had greatly misunderstood just who Saddam Hussein really was.

Set for release on the 10th anniversary of Saddam Hussein’s execution, a riveting, revealing and news-making account of the CIA’s interrogation of Saddam, written by the CIA agent who conducted the questioning.

Available in the UK via ‘My Local Bookshop‘ search engine or Amazon (Debriefing the President: The Interrogation of Saddam Hussein

)
Available in the USA via Amazon (Debriefing the President: The Interrogation of Saddam Hussein 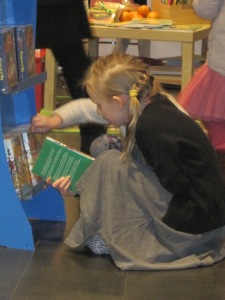 1958  President Dwight D Eisenhower makes the first radio broadcast from space. A recording of his voice said: ‘To all mankind, America’s wish for Peace on Earth & Good Will to Men Everywhere’

Iceland is home to around 200 volcanoes and it has a third of all lava flows found on Earth. 10% of the total land is covered by either cooled lava beds or glaciers.

The volcanic activity is a direct result of Iceland being the only place in the world where the effects of two major tectonic plates drifting apart can easily be observed above sea level: it is the only location on Earth where a mid-ocean ridge can be seen on land.

In Iceland, the eighth of the 13 Yule Lads drops by every home this evening. Tonight, Skyrgámur (Skyr Glutton) will raid your dairy pantry or fridge in search of Skyr: Icelandic yoghurt.

Skyr used to be stored in large wooden barrels, so Skyrgámur have loads to eat. Nowadays he is not so fortunate, with Skyr being mass-produced in much smaller plastic containers.

Revellers spent £10.4 million decorating the Christmas tree at the Tsunamachi Misui Club in Minato-ku, Tokyo, Japan in 2002 to gain an entry in the Guinness Book of Records. The tree was decorated with 83 pieces of expensive jewellery.

Research now indicates that the 4- to 6-year-old age range is the sweet spot for teaching reading. Beyond the age of 6 or 7, teaching a child to read is a game of catch up.

Cornelia Funked, Inkspell: ‘Isn’t it odd how much fatter a book gets when you’ve read it several times?’ Mo had said. ‘As if something were left between the pages every time you read it. Feelings, thoughts, sounds, smells … and then, when you look at the book again many years later, you find yourself there, too, a slightly younger self, slightly different, as if the book had preserved you like a pressed flower … both strange and familiar.’