You will never diet again. Say goodbye to calorie counting, restrictive food bans, or other forced behaviors. In Mini Habits for Weight Loss, you will learn how to lose weight naturally, in the precise way your body and brain are meant to change.

Ideal for those who are allergic to corporate jargon and will throw a sickie before having to play a trust game with colleagues. 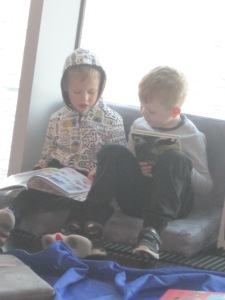 1968 In San Francisco, CA, USA, NLS – ‘oN-Line System’, a system for which hypertext and the computer mouse were developed – was publicly demonstrated for the first time.

This comedian-actor-punk rocker Jón Gnarr formed The Best Party in 2009 as a satirical joke on the state of Icelandic politics, and promptly won the 2010 municipal elections in Reykjavík, defeating the established Independence party.

Jón Gnarr was Mayor of Reykjavík from 2010 to 2014, standing on policies such as ‘free towels in all swimming pools, a polar bear for the Reykjavík zoo, all kinds of things for weaklings, Disneyland in the Vatnsmýri area, a ‘drug-free’ Althing by 2020, sustainable transparency, toll booths on the border with Seltjarnarnes, to do away with all debt, and free access to Hljómskálagarðurinn (orchestral rotunda park)’. The Best Party announced that they would not enter a coalition government with anyone that had not watched the HBO series The Wire.

The Cambridge University Press is the oldest publishing house in the world, established in 1534 after letters patent were granted to the University by Henry VIII. The company’s 500th anniversary is therefore due in 18 years’ time.

Q. What’s the difference between publishers and terrorists?
A. You can negotiate with terrorists

Neil Gaiman: ‘A book is a dream that you hold in your hand.’ 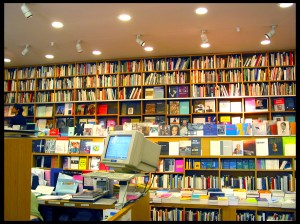