On a sun-baked island, Adrian Hartman, the charismatic director of the Serendipity holiday community, is responsible for ensuring the perfect mindful break, with personal growth and inner peace guaranteed. People return year after year to bare their souls. For some, Adrian IS Serendipity. But Adrian disappears, and with him goes the serenity of his staff and guests, who are bewildered without their leader.

The hostility of the local villagers is beginning to boil over. Is their anger justified or are the visitors, each in a different way, just paranoid? As romance turns sour and conflict threatens the stability of both communities, everyone has to find their own way to survive.

Available in the UK via ‘My Local Bookshop‘ search engine, or via Amazon (The Infinity Pool

)
Available in the USA via Amazon (The Infinity Pool 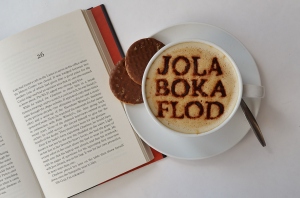 AD 41 Claudius succeeds his nephew Caligula as Roman Emperor after the later’s assassination by officers of the Praetorian Guard.

In Japan they decorate their homes for the New Year with pine branches symbolising longevity, a bamboo stalk symbolizing prosperity, and a plum blossom showing nobility.

Enid Blyton wrote her books on a typewriter perched on her lap. She claimed that she didn’t plan her stories in advance, allowing her imagination to take her from the beginning of a book to the final scene. She was able to write 10,000 words of publishable story in one day!

Q: ‘Why haven’t you ever seen any elephants hiding up trees?’
A: ‘Because they’re really, really good at it.’

Neil Gaiman: ‘I suspect that most authors don’t really want criticism, not even constructive criticism. They want straight-out, unabashed, unashamed, fulsome, informed, naked praise, arriving by the shipload every fifteen minutes or so.’