Keggie Carew grew up under the spell of an unorthodox, enigmatic father. An undercover guerrilla agent during the Second World War, in peacetime he lived on his wits and dazzling charm. But these were not always enough to sustain a family.

As his memory began to fail, Keggie embarked on a quest to unravel his story once and for all. Dadland is that journey. It takes us into shadowy corners of history, a madcap English childhood, the poignant breakdown of a family, the corridors of dementia and beyond.

Available in the UK via ‘My Local Bookshop‘ search engine or Amazon (Dadland: A Journey into Uncharted Territory

)
Available in the USA via Amazon (Dadland: A Journey into Uncharted Territory 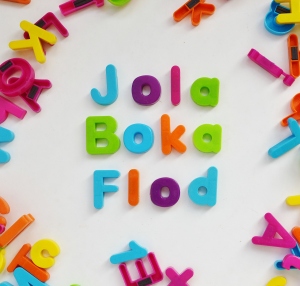 1853 Solomon Northup, author of the memoir Twelve Years a Slave, regains his freedom

The Jewish New Year, called Rosh Hashanah and celebrated over two days, marks the traditional anniversary of the creation of Adam and Eve, the first man and woman according to the Hebrew Bible.

According to one secular opinion its origin is in the beginning of the economic year in the ancient Near East, marking the start of the agricultural cycle.[1]

Rosh Hashanah customs include sounding the shofar (a hollowed-out ram’s horn), as prescribed in the Torah, following the prescription of the Hebrew Bible to ‘raise a noise’ on Yom Teruah; and among its rabbinical customs, is the eating of symbolic foods such as apples dipped in honey to evoke a ‘sweet new year.’

In 2017, Rosh Hashanah starts at sunrise on 20 September and ends at sunset on 22 September.

Before finding fame as a novelist, The Da Vinci Code author Dan Brown was a pop singer. One of his solo albums was called Angels and Demons.

Q: What did the walrus say when it was late?
A: ‘I would have been here sooner, but my iceberg hit a ship.’

J D Salinger, The Catcher in the Rye: ‘What really knocks me out is a book that, when you’re all done reading it, you wish the author that wrote it was a terrific friend of yours and you could call him up on the phone whenever you felt like it. That doesn’t happen much, though.’