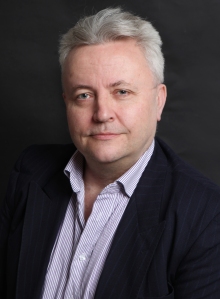 Christopher is the Founder and Director of Jolabokaflod CIC and its sister company, Jolabokaflod Book Campaign Ltd. He also owns and runs CopyGhosting Publishing Services, a freelance vehicle for editorial, writing and digital marketing projects, serves as Director of Crowdfunding at CrowdPatch, the crowdfunding platform for social entrepreneurs, and acts as Editor and Development Executive for the Insight Film Festival: an international exhibition, awards programme and events organisation (HQ in Manchester, England) that encourages filmmakers to engage with the broad theme of ‘faith’. He hosts and manages the active Meetup group, The Wisdom of Coffee, which meets every Monday morning in central London to discuss members’ ideas, dreams, projects and businesses informally over a hot cuppa.

Jolabokaflod CIC is an early adopter and champion of the blockchain platform for smart contracts launched by the Smart Startup Company, which is engaged in attracting equity investment.

Christopher helped to pioneer and establish World Book Day in the UK book trade; he served on the steering committee for the inaugural event in 1996-7. He also worked as Consultant Producer and Writer for the mid-1990s ITV book series, You’re Booked!, and served as Research Director of StoryCode, a web 2.0 recommendation engine for fiction readers, which launched at the London Book Fair in March 2005 and featured on the BBC TV show, Dragon’s Den, in September 2006. 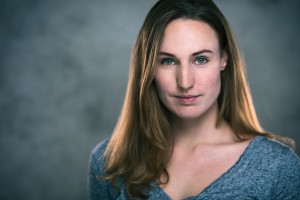 Liza van der Smissen is a multi-talented creative with a commercial focus. When she is not planning, managing and hosting exclusive events at prestigious venues in London (including Hotel Café Royal, Kensington Palace and Guildhall) she is following her parallel career as an established actress. Liza is Project Manager at Jolabokaflod CIC

Liza has worked in feature films filming internationally (Netherlands, Germany, Spain and India). She starred in the shorts A Final Truth (2017) and Neext! (2019), presented a travel series for The Telegraph Media Group, and worked on a commercial for The Royal Opera House. She has also performed in plays at Tristan Bates Theatre and Barons Court Theatre.

Anthony Keates is Head of Marketing at Jolabokaflod CIC in a freelance capacity. Anthony is Founder and Director of ThinkBigBooks, a boutique marketing, publicity and digital consultancy service for the book, arts, charity, drinks and retail industries.

Jolabokaflod CIC also actively supports and fosters volunteers who wish to share their skills, talents, experience and contacts with specific projects, to help them to reach their target figures before their deadline dates.

We publish a monthly newsletter that shares news, views, events and opportunities with subscribers (register your details here to receive the newsletter).

Jolabokaflod.org hosts Book Bulletin catalogues and publishes news and features about active crowdfunding projects incubated by the Jolabokaflod CIC patch at CrowdPatch. This website is also a hub for information about the Icelandic tradition of Jólabókaflóðið, a source to find out more about the country’s rich literary and cultural history, a showcase for Icelandic authors published in English and a collage of news about book promotion and reading campaigns around the world.