When Carrie Fisher recently discovered the journals she kept during the filming of the first – movie, she was astonished to see what they had preserved – plaintive love poems, unbridled musings with youthful naiveté, and a vulnerability that she barely recognised. Today, her fame as an author, actress, and pop-culture icon is indisputable, but back  in 1977 Fisher was just a regular teenager, albeit with famous parents.

With these excerpts from her handwritten notebooks, The Princess Diarist is Fisher’s intimate and revealing recollection of what happened on one of the most famous film sets of all time – and what developed behind the scenes.

As she is now reprising her most iconic role for the latest Star Wars trilogy, Fisher also ponders the joys and insanity of celebrity, and the absurdity of a life spawned by Hollywood royalty, only to be surpassed by her own outer-space royalty. Laugh-out-loud hilarious and endlessly quotable, The Princess Diarist brims with the candour and introspection of a diary while offering shrewd insight into the type of stardom that few will ever experience.

)
Available in the USA via Amazon (The Princess Diarist

1791 The Bill of Rights in the 15-year-old United States of America was ratified when Virginia gave its approval. The agreement comprises the first ten amendments of the US constitution

Mosquitoes are not found in Iceland and Faroe Islands, the only countries in the world where they do not exist.

Scientists believe this is due to the chemical composition of water and soil in the country.

It is also possible that resilient mosquitoes could be carried to Iceland on the wind or via aeroplanes that could adapt to the country’s climate.

Midges and black flies exist in Iceland, particularly in the area around Lake Mývatn in the northeast. Even though they bite, they are not considered as much of a menace as mosquitoes. 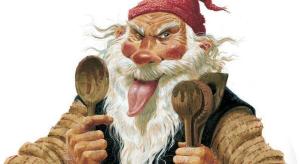 In Iceland, the fourth of the 13 Yule Lads visits every home this evening. Tonight, Þvörusleikir (Spoon Licker) will root around your kitchen looking for spoons to lick. Will you let him have his way?

During the festive season in 2010, the Colombian government decorated jungle trees with Christmas lights. The trees lit up when guerrillas or terrorists in hiding walked by and banners appeared asking them to surrender their arms. The campaign convinced 331 guerillas to re-enter society and also won an award for strategic marketing excellence.

According to research conducted in the USA in 1985, the single most significant factor influencing a child’s early educational success is an introduction to books and being read to at home prior to beginning school.

When the teacher made Mario Puzo’s novels about the Mafia required reading for her class, she made him an author they couldn’t refuse.