More than half a billion adults and 40 million children on the planet are obese. Diabetes is a worldwide epidemic. Evidence increasingly shows that these illnesses are linked to the other major Western diseases: hypertension, heart disease, even Alzheimer’s and cancer, and that shockingly, sugar is likely the single root cause. Yet the nutritional advice we receive from public health bodies is muddled, out of date, and frequently contradictory, and in many quarters still promotes the unproven hypothesis that fats are the greatest evil.

With expert science and compelling storytelling, Gary Taubes investigates the history of nutritional science which, shaped by a handful of charismatic and misguided individuals, has for a hundred years denied the impact of sugar on our health. He exposes the powerful influence of the food industry which has lobbied for sugar’s ubiquity – the Sugar Association even today promoting ‘sugar’s goodness’ – and the extent that the industry has corrupted essential scientific research. He delves into the science of sugar, exposes conventional thinking that sugar is ’empty calories’ as a myth, and finds that its addictive pleasures are resulting in worldwide consumption as never experienced before, to devastating effect.

)
Available in the USA via Amazon (The Case Against Sugar 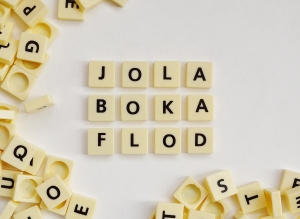 45 BC The Julian calendar is introduced for the first time.

The Gregorian calendar, which marks 1 January as the new year, was adopted by the Roman Catholic Church in 1582.

The US inventor and architect Richard Buckminster Fuller began a chronological record of everything in his life as a child in 1907. Called the ‘Chronofile’, it is possibly the most detailed document of a single human life ever compiled. The scrapbook contained copies of all his letters, newspaper clippings, notes and sketches – even dry cleaning bills. It was stored in leather volumes but eventually just put in boxes – by the end of his life, this ‘lab notebook’ of his great experiment occupied 82.3 meters (270 feet) of shelf space.