Are you ready to turn your ideas into reality and build a wildly successful business? There has never been a better time to say ‘Yes!’ With a computer and an internet connection you can get your ideas, messages and business out there like never before and create so much success. In this book, Carrie Green – serial dot come entrepreneur and Founder of the Female Entrepreneur Association – shows you how.

If you’re a creative and ambitious female businesswoman, or are contemplating the entrepreneurial path, this book will provide the honest, realistic and practical tools you need to follow your heart and bring your vision to life.

)
Available in the USA via Amazon (She Means Business

1577 Sir Francis Drake sets sail from England on a circumnavigation of the world.

There is a volcanic eruption every 4 years on average.

The eruption of the Icelandic volcano Eyjafjallajökull was relatively small but caused enormous disruption to air travel across western and northern Europe in April 2010 due to an enormous ash cloud that reduced visibility for pilots.

In Iceland, the second of the 13 Yule Lads pays a visit to every home this evening. Tonight, Giljagaur (Gully Oaf) will creep into the cowshed undetected, to steal your milk!

Rudolph the Red-Nosed Reindeer is a fictional character, created by Robert Lewis May, for a 1939 marketing promotion by the US department store chain, Montgomery Ward.

On account of his red nose, Rudolph is depicted as the lead reindeer pulling Santa’s sleigh on Christmas Eve, lighting the way through often inclement weather.

A survey of 2000 people in 2013 discovered that most respondents pretended to have read classic books in order to appear more intelligent. Over 50% of those polled displayed unread books on their shelves and 3% used a highbrow book jacket to disguise titles they would not want other people in in public spaces to know they were reading.

The titles most likely to be lied about were books adapted into films or discussed and/or studied in an education context. The most-lied about title was Nineteen Eighty-Four by George Orwell: 26% of people in the study fibbed about reading the novel.

Q: What did one book say to the other one?
A: I just wanted to see if we are on the same page.

Jane Austen, Northanger Abbey, ‘The person, be it gentleman or lady, who has not pleasure in a good novel, must be intolerably stupid.’ 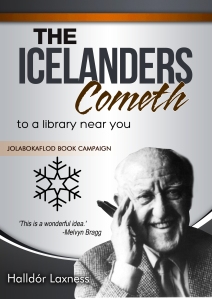