Natalie Love has worked hard to have it all. She runs a successful London theatre that’s about to host one of Hollywood’s leading stars, Ryan Harrison. She’s pretty sure she’s found her man in yoga boyfriend Benjamin, despite his annoying habit of saying ‘Namaste!’ every time he speaks. And her eccentric, glamorous Gran is always on hand to offer sage advice and steaming bowls of goulash.

Life in the bright lights of London has always been Natalie’s escape from her chaotic country family in rural Devon and Jamie, the childhood sweetheart she left at the altar fifteen years ago. Until he turns up at her theatre door …

Jamie is in town producing a West End show and with rivalry suddenly clouding old feelings, this isn’t quite the reunion Natalie was expecting.

Will Benjamin prove to be Natalie’s perfect match? With Ryan turning her head, Natalie is more confused than ever. And what about Jamie – could he be her second chance at first love?

)
Available in the USA via Amazon (Miss Wrong and Mr Right 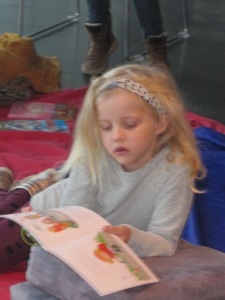 Babies in Iceland are routinely left outside to nap.

This is not as weird as it sounds because Iceland lies in the path of the North Atlantic Current, which makes its climate more temperate than would be expected for its latitude just south of the Arctic Circle.

In Iceland, the sixth of the 13 Yule Lads calls in on every home this evening. Tonight, Askasleikir (Bowl Licker) will search your house for wooden bowls to lick out.

In days gone by, Icelanders used a wooden bowl with a lid – called an askur – for dishing out the food they wanted to eat. Everyone had their own separate bowl. Most people in Iceland now use plates: he has probably upgraded as well, but keeps his traditional name to prevent any confusion.

The traditional three colours associated with Christmas are green, red and gold.

Green is a symbol of life and rebirth, red symbolises the blood of Christ and gold represents light, as well as wealth and royalty.

The film The Wizard of Oz is a perennial favourite at Christmas. The author on the book on which the film is based, L Frank Baum, died in 1919, so there’s no way of telling what he would say about the classic 1938 film.

The original bestselling children’s novel – titled The Wonderful Wizard of Oz – has interesting differences to the movie. In the book the wizard is more ‘wonderful’ and Oz is depicted as a real place, not just a dream that Dorothy has losing consciousness in a tornado, as is the case in the movie.

Also, in the book Dorothy’s magic slippers were silver in colour, not ruby red, and the character herself is younger than Judy Garland (who was sixteen at the time of filming) and is presented as a heroine rather than a damsel in distress. Frank Baum was an ardent feminist, passionately in favour of votes for women: a theme he weaved into sequels of his first book.

The author wrote 14 books in the Oz series and had plans for a theme park based on the series that were never realised.

While I was working as a store Santa, a small boy asked me for an electric train set. ‘If you get your train,’ I told him, ‘your dad is going to want to play with it, too. Is that all right?’

The boy became very quiet. So, moving the conversation along,  I asked, ‘What else would you like Santa to bring you?’

He replied promptly, ‘Another train.’

Joseph Brodsky: ‘There are worse crimes than burning books. One of them is not reading them.’