I’ve reinvented my career, my interests, my life, many times over the past twenty years. This is the book I wish I had at the beginning of that long and often volatile journey.

I found when I outsourced my self-esteem to only one outcome, disaster resulted. Reinvention was the key to ensuring that the outcomes in life were positive ones. And now the entire world: technology, governments, the shifting landscapes of opportunity and success, are all turning upside down, forcing us to reinvent as individuals and as a culture.

Along my own journey I have read and encountered dozens of other successful leaders, artists, entrepreneurs, and mentors who I have learned the art of reinvention from. The journey has been intense. The obstacles were hard fought. And the adventures that led to me now finally sharing it all in this book has been both painful and exhilarating. I describe specific techniques, share stories, tell the stories of others, and give the ultimate guide to not only how but why it is critical for people to master the skills of reinvention.

What I’ve learned: change is the only constant. Companies decay, technologies disappear, governments change, relationships change and opportunity is a shifting landscape. Reading the stories and learning the critical skills taught in Reinvent Yourself is how I found my own way through the chaos of change and onto the path of new opportunity and success. Again, this is the book I wish I had in my hands twenty years ago although I am glad that I am writing it now.

Available in the UK via ‘My Local Bookshop‘ search engine, or via Amazon (Reinvent Yourself

)
Available in the USA via Amazon (Reinvent Yourself 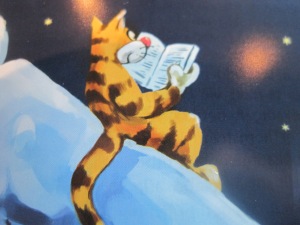 1793 Louis XVI of France is executed by the guillotine in Paris, following his conviction for high treason.

Celebrating 1 January as the start of the new year was never standard practice historically. Citizens of Ancient Rome, for example, celebrated 1 March as their New Year festival. Other cultures marked the passing of the year at winter solstice or summer equinox.

In addition to using the pseudonym ‘Dr Seuss’, Theodor Geisel wrote under a few other pen-names, including Theophrastu Seuss, Rossetta Stone and Theo LeSieg.

‘I dreamt I was forced to eat a giant marshmallow. When I woke up, my pillow was gone.’

Logan Pearsall Smith: ‘What I like in a good author is not what he says, but what he whispers.’