This book brings together in one volume substantial selections from the entire body of Nietzsche’s writings, together with illuminating commentary on Nietzsche’s life and importance, and introductions to his major works and philosophical ideas.

The book includes selections from all the major texts, including The Birth of Tragedy, The Gay Science, Thus Spoke Zarathustra, Beyond Good and Evil, The Anti–Christ and Ecce Homo. It also offers new translations of key pieces from Nietzsche’s unpublished ‘Lenzer Heide’ notebook

The Nietzsche Reader provides a wealth of pedagogical features, such as editorial sections on Nietzsche’s life and importance, an opening introduction to his philosophical ideas, introductions to each major section and a comprehensive guide to further reading.

Available in the UK via ‘My Local Bookshop‘ search engine, or via Amazon (The Nietzsche Reader

)
Available in the USA via Amazon (The Nietzsche Reader 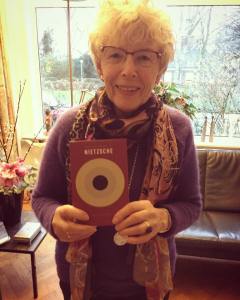 1788 The first elements of the First Fleet carrying 736 convicts from England to Australia arrives at Botany Bay to set up a penal colony.

Ernest Hemingway once tried – and failed – to become a spy for the KGB, though some people think this was an attempt to gain first-hand insight for creative inspiration.

At breakfast this morning, my wife said she’s leaving me because of my obsession with Twitter. I nearly choked on my #Brown.

Ernest Hemingway: ‘All good books are alike in that they are truer than if they had really happened and, after you are finished reading one, you will feel that all that happened to you and afterwards, it all belongs to you: the good and the bad, the ecstasy, the remorse and sorrow, the people and the places and how the weather was. If you can get so that you can give that to people, then you are a writer.’