The suggestions feature every flavour of travel experience from culture-rich city breaks and tropical beach holidays to adventurous road trips and wildlife-watching expeditions. Every corner of the planet is covered so you’ll find out when the best time to see mountain gorillas is or to go shopping in Paris.

The book is organised by month. At the start of each chapter a flowchart guides you through the options so readers can filter the recommendations according to their interests. Whether you’re into beaches, trying the local specialities or backpacking off the beaten path, there will suggestions for you. Diagrams also depict the climate, value for money and family friendliness of each suggestion in the month.

Then Lonely Planet’s authors explain in detail why each destination has been selected. The text describes the place and why it’s special at that particular time. The destinations are illustrated by inspiring photographs and have a small infographic that shows the key reasons to go. Practical details make the first step of planning a trip easier. 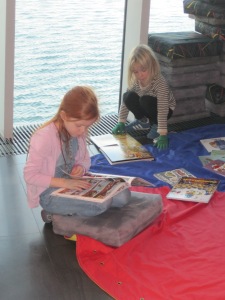 1877  Thomas Edison made the first recording of the human voice: he recited the American nursery rhyme, ‘Mary Had a Little Lamb‘, into his newly invented phonograph machine.

First names not previously used in Iceland must be approved by the Icelandic Naming Committee.

Also there are no surnames or family names in Iceland – Icelanders use the traditional Nordic naming system, which includes a last name that is comprised from their father’s (or mother’s) first name with the addition of -dóttir (-daughter) or -son.

Images of robins on Christmas cards first appeared as a joke in the mid-19th century, when British postmen wore red tunics and were known colloquially as ‘robins’.

One fable suggests an older link to Christmas. It is said that when the baby Jesus was in his manger in the stable, a fire that had been lit to keep him warm started to roar uncontrollably. A brown robin, noticing that Mary was distracted by the inn-keeper’s wife, put himself inbetween the fire and the face of baby Jesus. The robin fluffed out its feathers to protect the baby and in the process was scorched by the fire. This red breast was then passed down to future generations of robins.

On average, a browser in a book shop spends 8 seconds looking at the front cover and 15 seconds scanning the back cover before making a decision about making a purchase.

The past, the present and the future walked into a bar. It was tense.

Dorothy Parker: ‘If you have any young friends who aspire to become writers, the second greatest favor you can do them is to present them with copies of The Elements of Style. The first greatest, of course, is to shoot them now, while they’re happy.’ 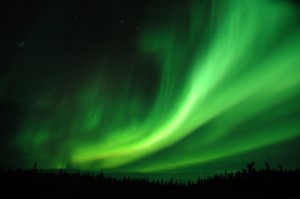